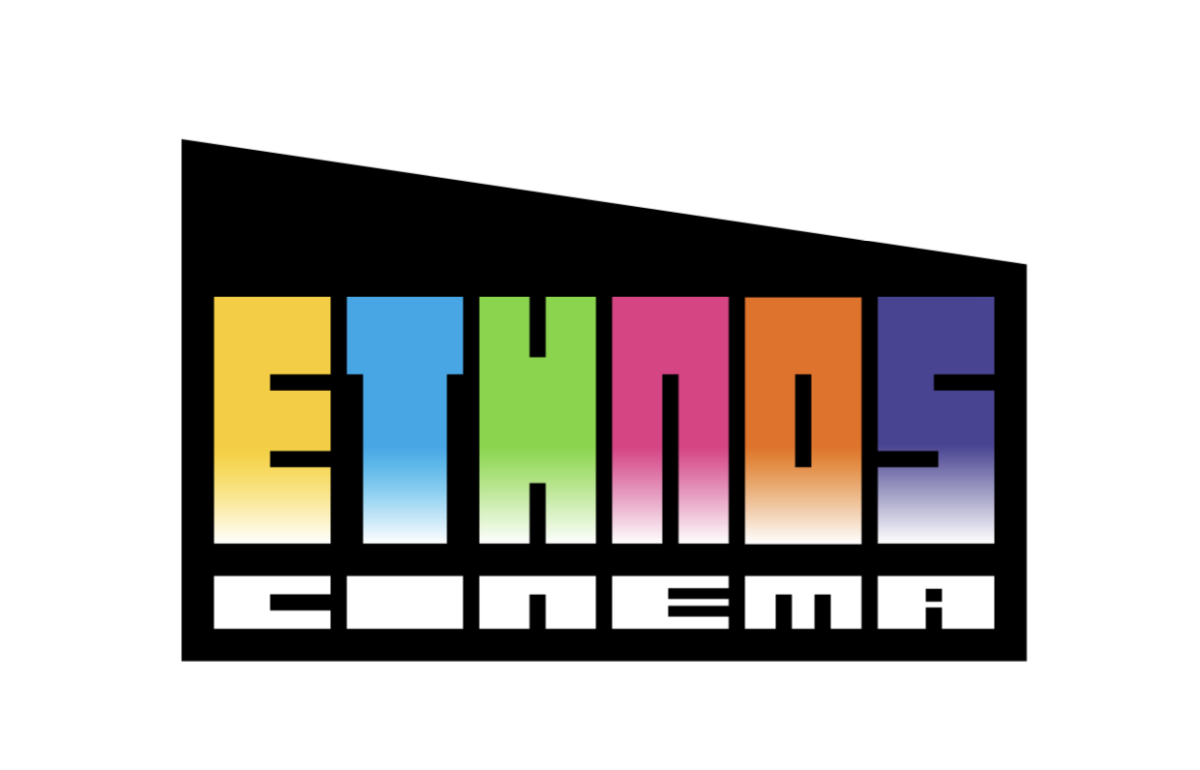 ETHNOS CINEMA is the first website in Japan that specializes in the distribution of ethnographic films. The site presents masterpieces of ethnographic documentary films and films by field researchers rarely seen by the public.

CINADKERAN : BOAT OF THE BLACK CURRENT

Lanyu (Orchid Island), which lies off the SE shores of Taiwan, is inhabited by the Yami tribe. Their ancestors built ‘cinadkeran’, or traditional 10-man flying fish canoes, and legend has it that such boats carried them from the Batan Islands in the Philippines to their new home on Lanyu many hundreds of years ago. But it has been 27 years since the inhabitants of Imorod village have built a cinadkeran. ‘Cinadkeran’ tells the story of the first such boat to be built after all those years, from the felling of the first tree and the painstaking construction process ― riveting, carving, painting ― through the extraordinary boat ceremony, right up to the boat’s maiden voyage to catch flying fish almost one year later. A year in the life of the Yami tribe. This documentary also portrays the rivalry between two men, both of whom wish to become the boat-guardian of the cinadkeran ― the position which commands most respect in Yami society. For it is the boat guardian who must carry out elaborate ceremonies to appease the powerful spirit which resides within the cinadkeran, in order to ensure that disaster will not befall the village... 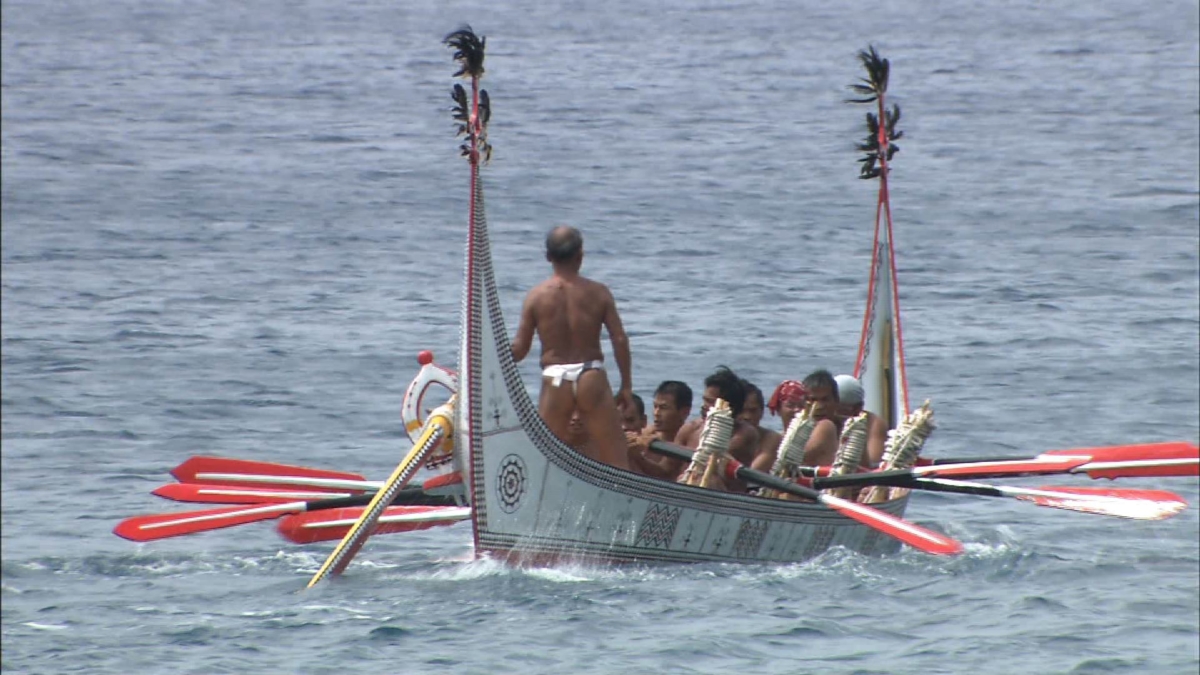 SONG OF THE ARAYO

Every year during the Flying Fish Season, large predatory fish such as ‘arayo’ (coryphaena hippurus) pursue the flying fish on their great journey northwards. The fish migrate past Lanyu, and the men of the Yami tribe set out to sea in their traditional canoes to hunt the arayo. The arayo is thought to be a sacred fish, and the Yami believe they must observe complex taboos to ensure a successful catch. Siyapen Makkarash (68) sets out to sea early on the first morning of the fishing season. He quickly catches a flying fish and lashes it to his hook to use as live bait. Rowing back and forth in his distinctive handmade boat, he sings to call the arayo over, promising to sacrifice a cockerel in his boat, there, out at sea, if only an arayo would swim over and take a bite. With a glint of scales, a large arayo strikes his hook and leaps from the water. Makkarash has a fight on his hands... 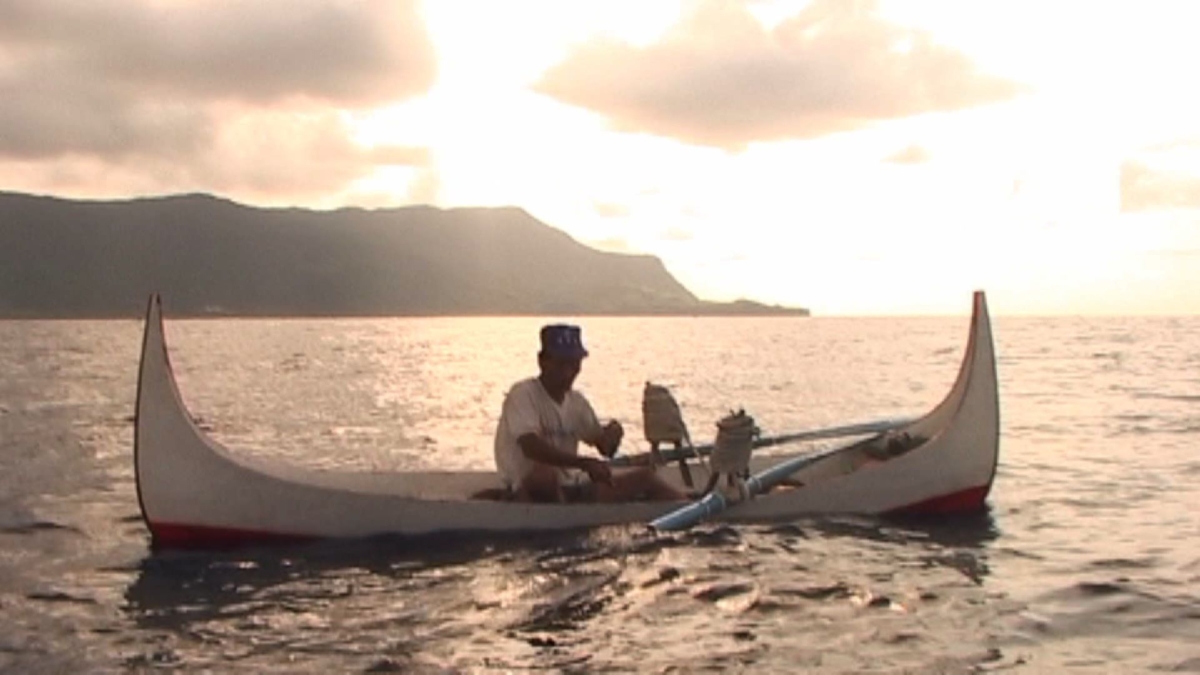 We made a huge log drum that is over 10 meters long. It’s one of the unique cultures of the Naga, an ethnic minority living in the border region between Myanmar and India.
Myanmar, located at the western edge of Southeast Asia between Thailand and India, is a multi-ethnic country with more than 100 ethnic groups. The Nagas live in the northwestern part of the country, in the hilly region that separates India and Myanmar. Most of the Naga people in Myanmar live a self-sufficient life in the mountains deep in the country. Due to a combination of harsh geography and complicated politics, the entrance to the hilly areas where they live has been closed for a long time. In the village of Sapallo, which I visited in February and March 2016, I witnessed the Naga people making giant drums, a tradition that has been handed down from generation to generation. I kept my eyes glued to the events, which I had never seen or heard of before, and continued to record them every day. Spinning the memories of those days, I created this "Naga Log Drum”.
（67min/2019/HD/color） 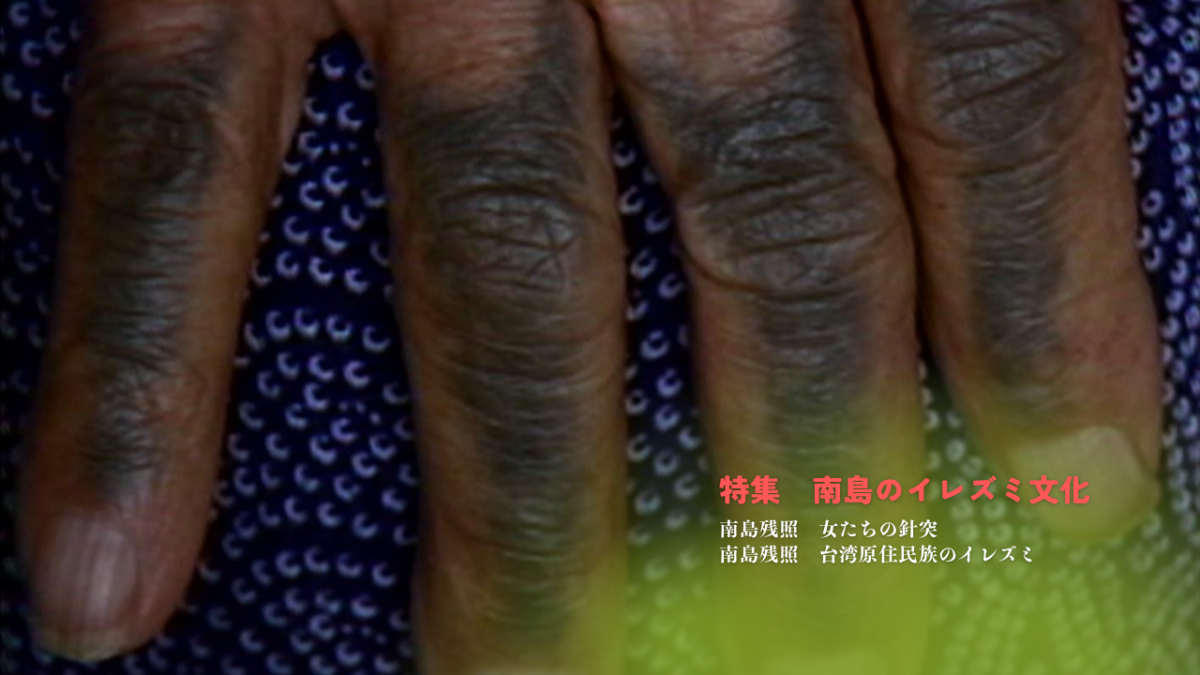 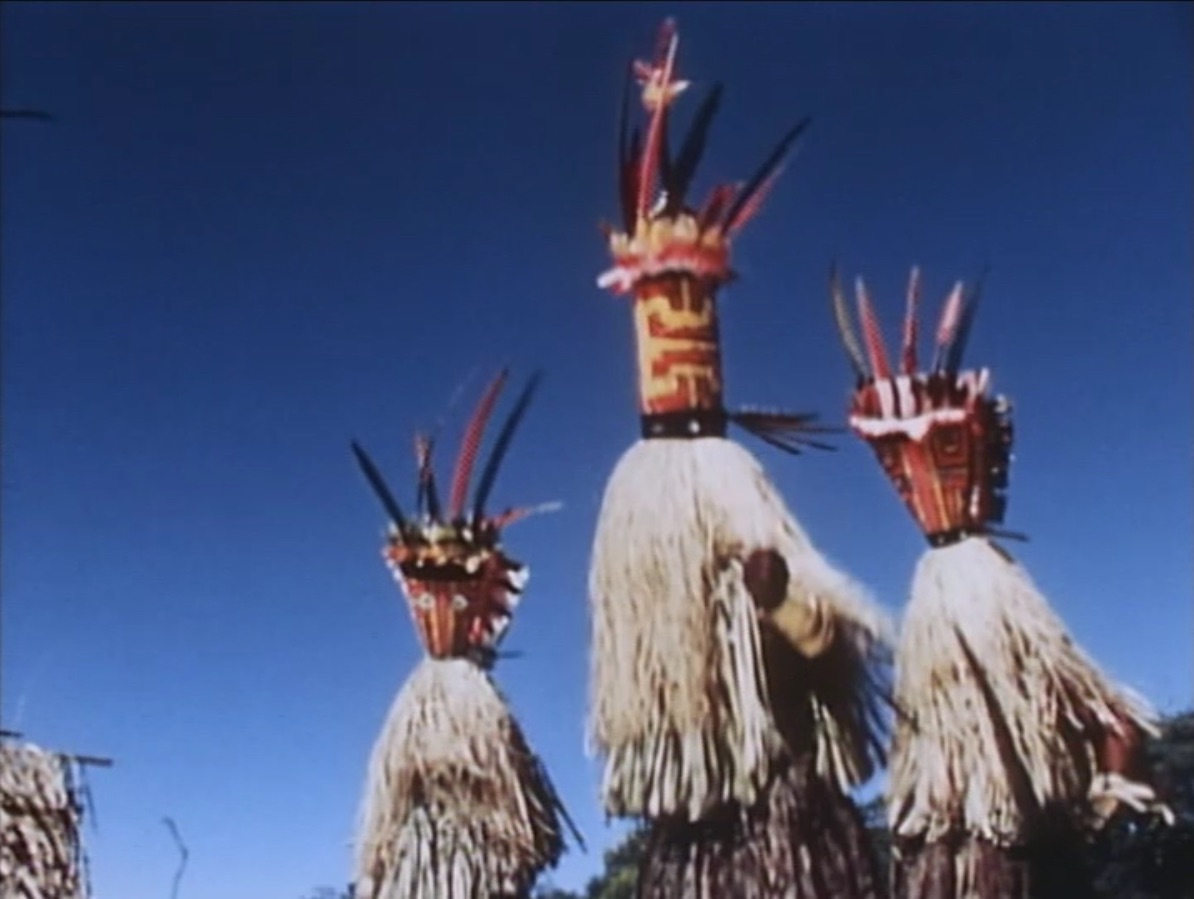 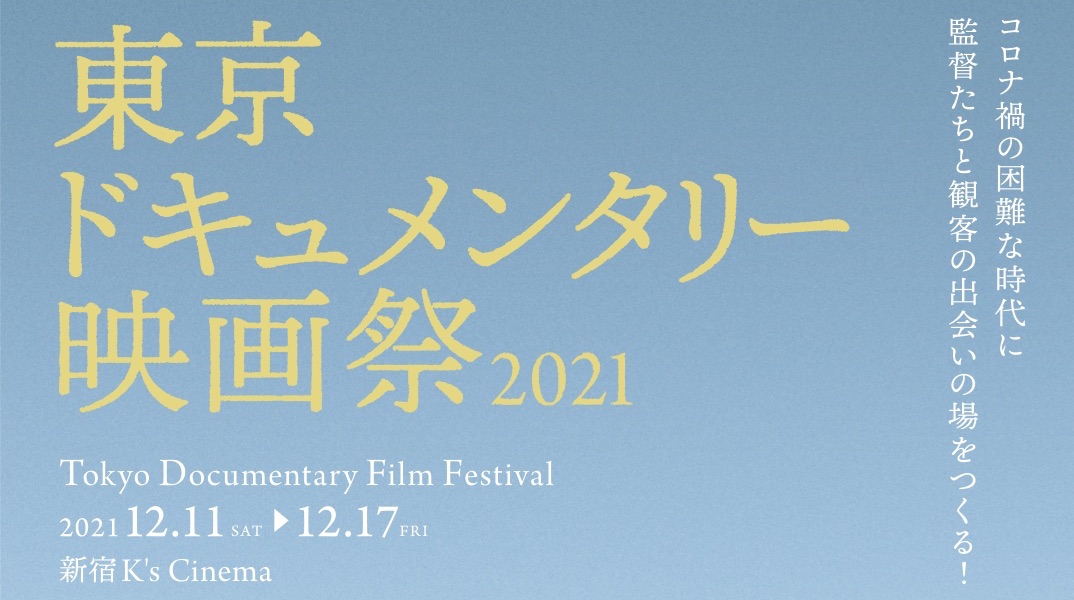 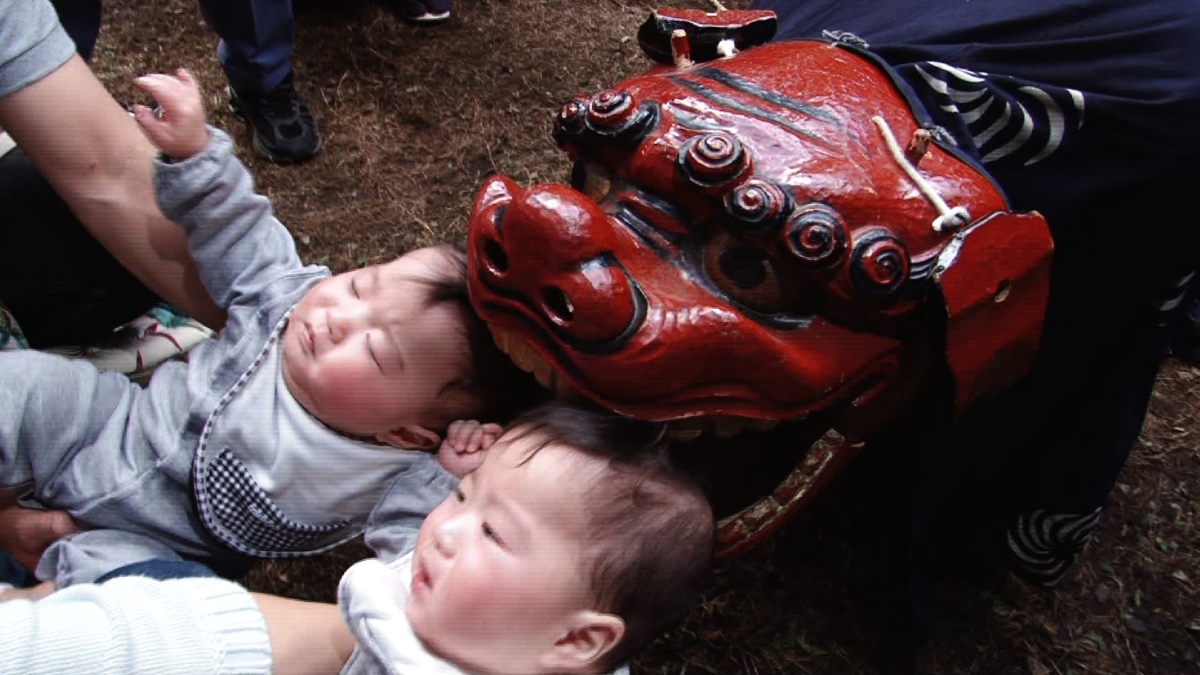